Attorney Tom Brasier founded Brasier Law and handles all aspects of Family Law cases. He is a highly qualified Family-Law attorney serving Portland, OR and Clark County, WA. While the bulk of his work is with divorces and child custody, he regularly handles adoptions, child support matters, restraining order and anything else that touches on the legal aspects of domestic relations. He takes an honest approach to complex issues and works hard to find a resolution that suits his client and everyone involved. Since many of the cases Tom deals with have to do with children, he makes a great effort to ensure that children’s welfare is at the forefront of his priorities.

Tom is a native of the Portland area who holds great affection for the city and its people. He previously worked in a criminal defense firm in Oakland, California before moving back to Portland with his family. His free time is spent with his wife and two children, playing tennis, golf, and kayaking with his children, and involving himself in the community.

In addition to his legal work, Mr. Brasier works pro bono for low-income children in his spare time. Having done his undergraduate studies in Portland and being a native of the area, Tom is happy to be able to give back. He has been admitted to the Oregon and Washington Bar and the U.S. District Court for the District of Oregon. He holds membership in the Multnomah Bar Association and the American Bar Association. 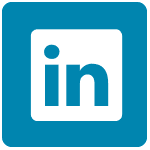