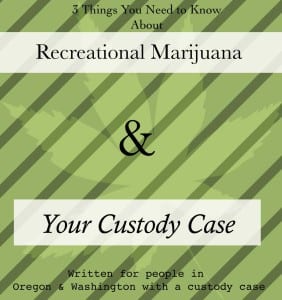 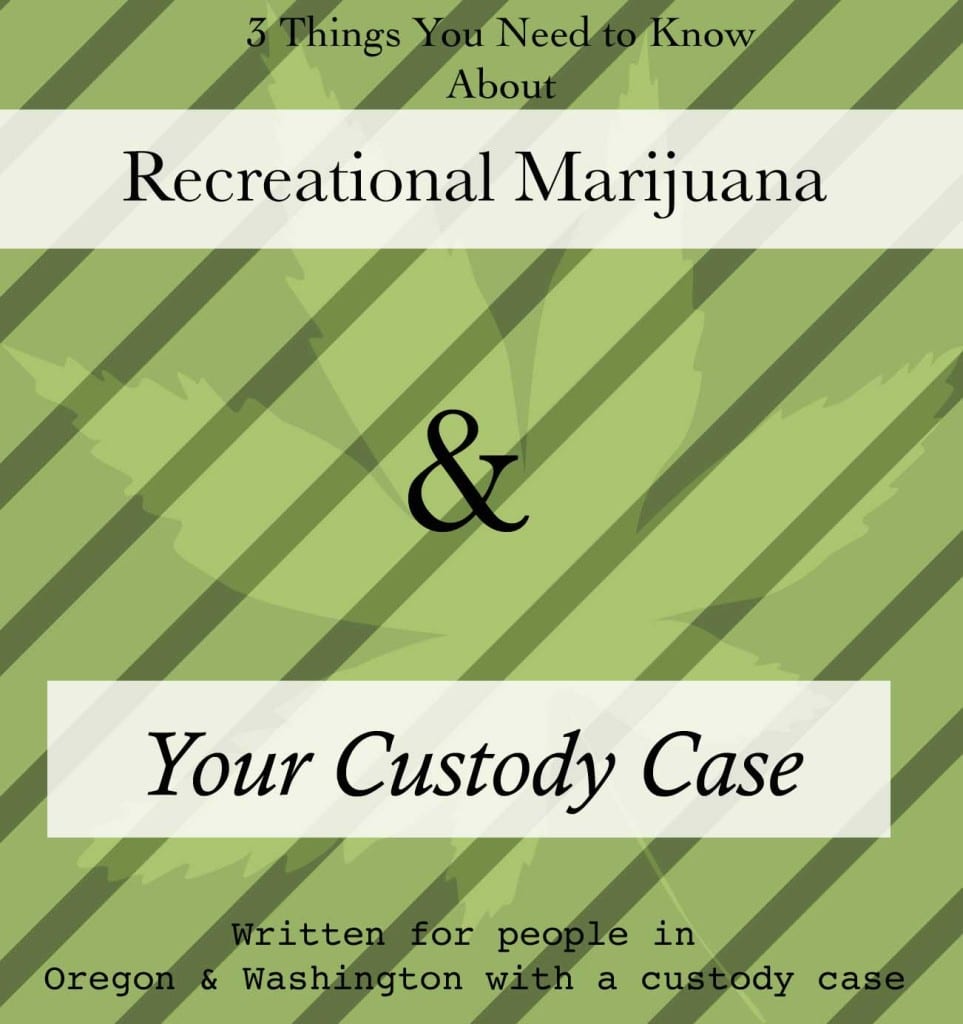 The recent changes to laws in both Oregon and Washington relating to legality of recreational marijuana are likely to have an indirect impact on some custody cases in these jurisdictions.  I realize that people in Oregon and Washington are still learning the ins and outs of the new laws pertaining to the legality of recreational marijuana use, and therefore questions about the effects on child custody and parenting time may come up. The situation often comes up in my practice where a parent expresses their concern over the other parent’s use of marijuana. The impact of one person’s use of marijuana during a custody case often has three components to it.

Is the Child Exposed to Marijuana?

The legality of marijuana does not make it okay for a parent to expose a child to the harmful effects of their marijuana use.  Harmful side effects of second hand exposure to marijuana are easily provable, so if your situation is one where a parent has, or continues to directly expose the child to this drug then whether or not it is legal should remain totally irrelevant.  It would be equivalent to a parent who drinks alcohol accidentally pouring alcohol into the child’s bottle.  The fact that alcohol is legal doesn’t excuse such blatant disregard for a child’s safety.

Is the Parent Able to Care for the Child Safely?

The second point shouldn’t be impacted by the new laws in Oregon and Washington either.  If a parent may be unable to care for a child’s base safety needs due to their level of intoxication from a drug, it doesn’t matter what the drug is.  A person who drives the child while high on marijuana is no better off than a person who drives drunk with the child.  Again, when the safety or well-being of a child is in question, the legality of a person’s behavior is likely not going to be a point the judge cares to consider.

Can the Parent Make Healthy Decisions?

The third point of the analysis is likely going to be impacted by the new laws.  It used to be that if you could show to a judge that the other party was using the illegal street drug marijuana, that the judge would have serious doubts about whether that parent was fit to make good, healthy decisions as it relates to their child.  It also called into question the user’s willingness to follow other laws as well.  However, now that marijuana is legal, in this respect it will likely remove this concern from the analysis.  This means that if marijuana is legal in your jurisdiction, you will probably have to demonstrate a clear link between the person’s use and the child’s safety in order for it to be terribly relevant to your particular case.

The information you obtain at this site is not, nor is it intended to be, legal advice. You should consult an attorney for advice regarding your individual situation. We invite you to contact us and welcome your calls at 1 (503) 855-4777 or toll free at 1 (855) 328-9108, letters and electronic mail. Contacting us does not create an attorney-client relationship. Please do not send any confidential information to us until such time as an attorney-client relationship has been established.