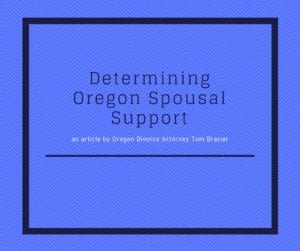 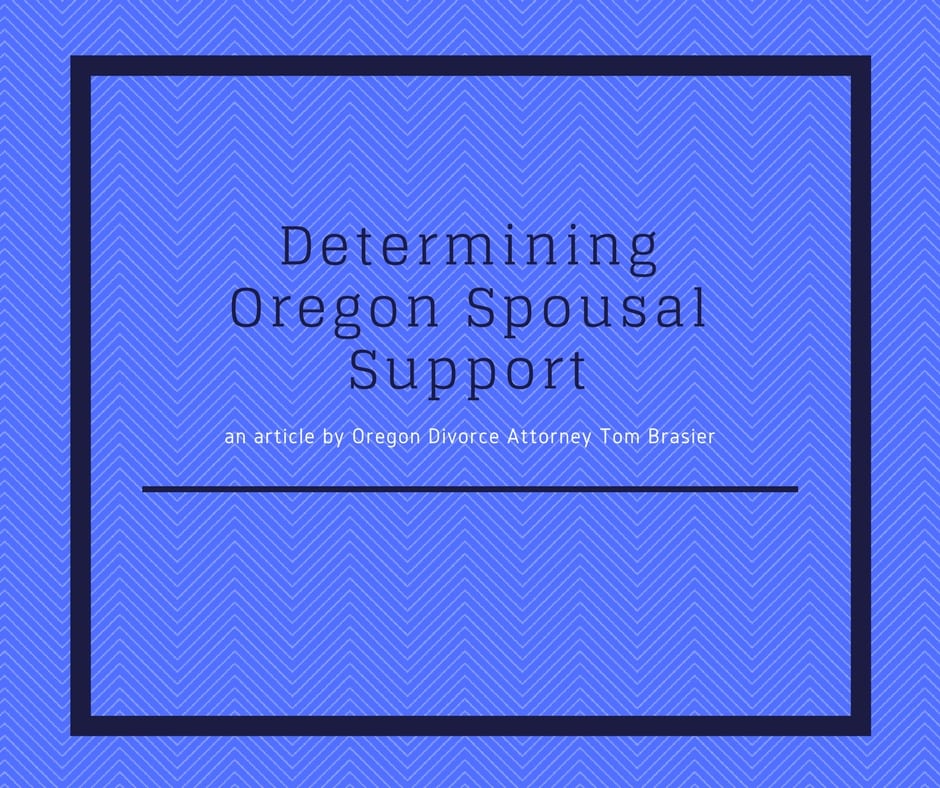 Spousal support is one of the few gray areas of Oregon divorce law.  By that, I mean that it is largely up to a judge’s opinion about what is “fair and equitable” under your circumstances.  Because there is a lack of clear guidelines, people often end up fighting more over this because both sides are willing to roll the dice and hope the judge’s opinion matches their own.  This is completely different from child support, which uses a strict mathematical formula.  Spousal support has no such formula, but there are a few typical scenarios to consider.

There are two questions in determining spousal support.  The first is duration, being how long will payments be made, and the second is amount, meaning how much will be paid each month.

Let’s talk about the duration first.  Typically us divorce attorneys and judges look at a starting point of half the duration of the marriage.  Meaning all else being equal, if you were married for 10 years, spousal support might last for about 5 years.  However, Oregon has decided that for marriages lasting longer than 20 years, the court should start strongly considering permanent or “indefinite” support.  Conversely, for a very short-term marriage, sometimes the judges will just ignore spousal support.  For instance, if a marriage lasted only 18 months, most judges would avoid even considering a 9-month support obligation, and would instead just try to help the parties get disentangled quickly.

Also, this “half the duration” idea is very loose.  Everyone is encouraged to present evidence to their judge at trial as to why their situation calls for a different duration.  For example, let’s say in year 11 of a 12-year marriage Wife was badly injured in a car accident.  She can now no longer work and is in a wheelchair.  Well, she has a good case to ask for a longer period of spousal support.  There are a million things that can adjust the “fair duration” of support, so it is a good idea to consult with an experienced Oregon divorce attorney to see where your particular situation might place you on the support spectrum.

As to the amount of support, we have a similarly loose rule we use as our starting point.  Most divorce attorneys look at the higher earner to be paying to the lower earner about a quarter to a third of the difference in their incomes.  So if your spouse makes $10,000 a month, and you make $2,000 a month, the difference there is $8,000 a month.  Somewhere around $2,000 or $2,500 is a good starting point for considering support obligations.

However, my experience is that typically, if a party makes less than $30,000 or so, nobody pays support even if the other party has no income.  The idea here is that up to a certain level of income, there just isn’t enough to go around to two households.  Similarly, if both parties make nearly the same amount, a judge isn’t going to bother calculating small differences in income for purposes of support.  They aren’t likely to enter a $100 a month spousal support order f the parties’ incomes are within $500 of each other.

Unfortunately for those trying to understand the issue of spousal support so they can plan, the short answer is that everyone’s situation is different.  An experienced attorney can usually help guide you through your likely range of support to be ordered, but it is near impossible to pinpoint support down to an exact predictable dollar figure.

Tom Brasier is an experienced family law attorney specializing in divorce and custody. He serves the greater Portland, Oregon area including Clackamas, Lake Oswego, Beaverton, Gresham, and the Vancouver, Washington area. You can contact him at Brasier Law by using the contact form below or by calling 1 (503) 855-4777.