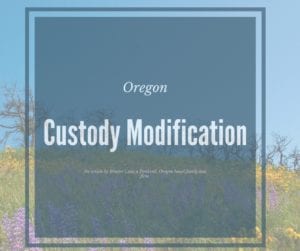 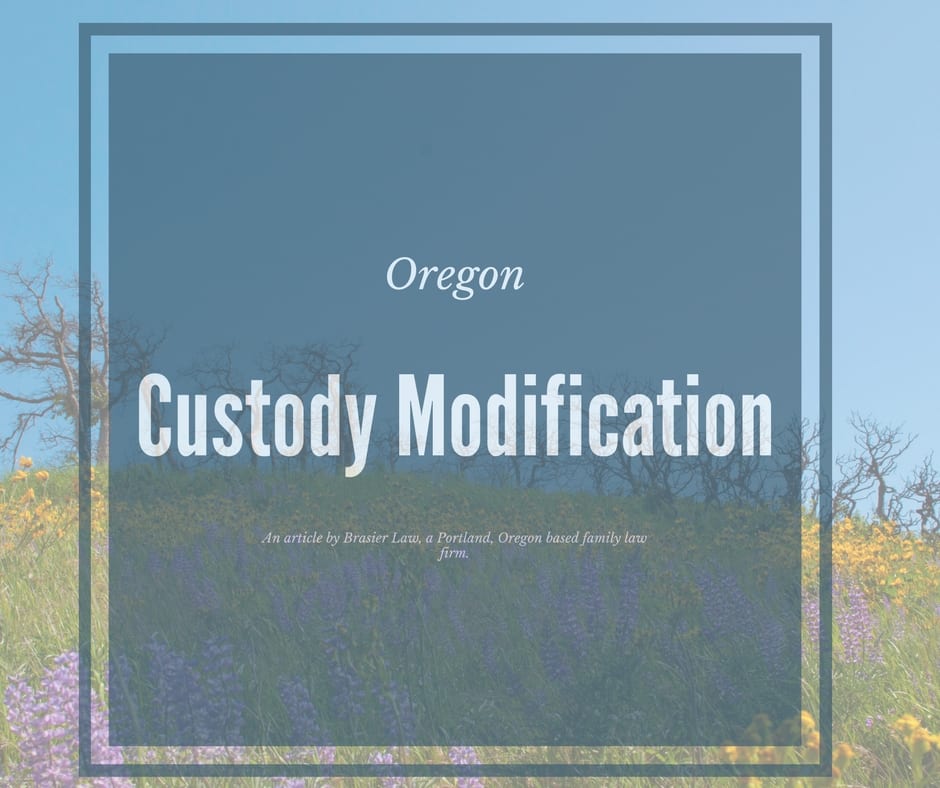 Often, people wonder when is the right time to file for an Oregon custody modification. They may feel that the other parent isn’t behaving appropriately, but aren’t sure if a judge will grant their request to change custody.

The problem in Oregon is that custody is a pretty hard thing to change. The law says that a judge can change custody anytime there has been a substantial change of circumstances, and if the change is in the children’s best interests. But in reality, that bar is set pretty high by judges.

Usually, if you want to modify custody in Oregon, there will need to be some really major problems. This article lists a few scenarios where you should try to change custody, and a few where it probably isn’t going to be successful.

3 Examples of when you should change custody in Oregon:

1. If the other parent has become a danger to the physical safety of your children.

Maybe they got a DUI with the child in the car, or maybe they got arrested for child neglect. The point is, you need something major to have happened clearly showing they are no longer fit to be the custodial parent.

It is going to be important that you can show a direct risk to the child. For instance, if the other person gets a DUI when the child is nowhere around, that probably, by itself, won’t be enough to change custody. Similarly, getting arrested for shoplifting may not be enough if the child wasn’t around when it happened.

2. If the other parent has caused significant emotional harm to the children.

This one can be tricky to show, as different people can have different opinions of emotional harm. Severe parental alienation can sometimes be enough to get an Oregon custody modification, but that is always a hard road to pave to a judge’s satisfaction.

3. If the custodial parent can no longer provide for the needs of the child.

Let’s say the custodial parent becomes homeless and starts couch surfing with the child. Usually that would be a good enough reason to change custody.

It is not however a good reason to change custody if you make more money than the other parent, or live in a better school district.

In summary, when you are thinking about trying to get a custody modification, make sure you have a really, really good reason to do it. You probably need to show a major change of circumstances, usually that rises to the level of the custodial parent being found not fit to continue caring for the kids’ needs. A good family law attorney can advise you as to if your circumstances fit this scenario.

Tom Brasier is a Portland, Oregon and SW Washington family law attorney highly experienced in divorce, custody, and restraining orders. This article is written as an overview not as legal advise. If you are seeking legal advice please contact an attorney. You can reach Brasier Law by calling 1 (503) 855-4777 or by using the contact form below.