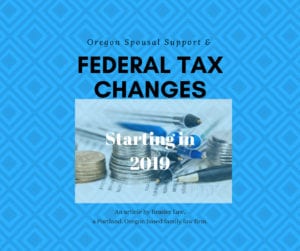 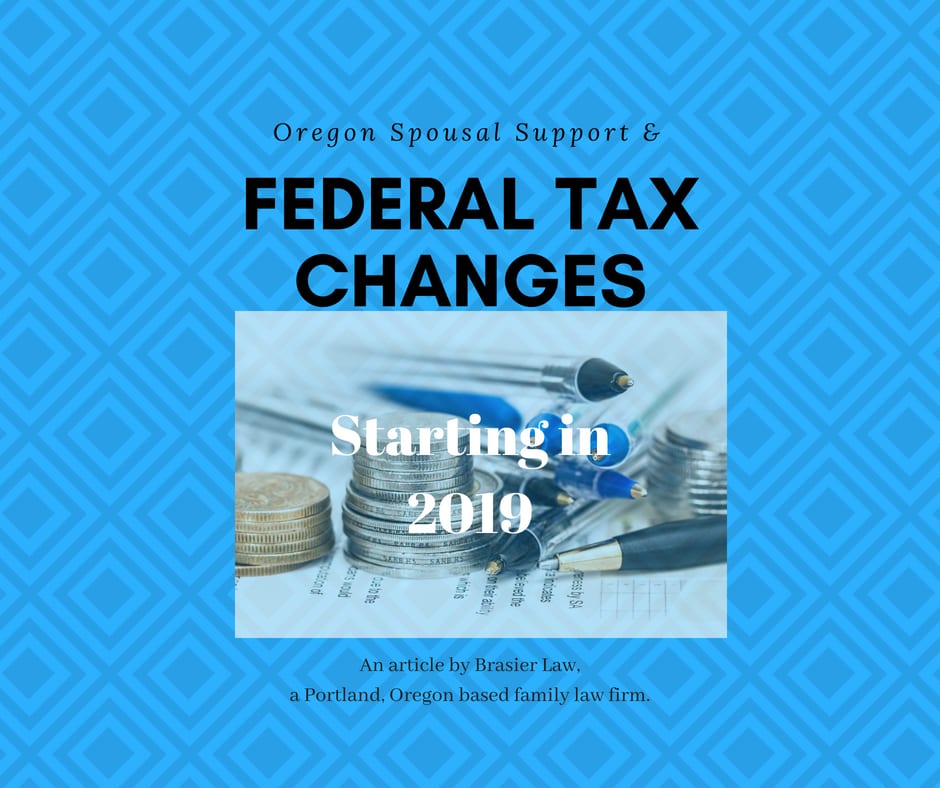 Changes in Oregon Spousal Support and Federal Taxes Are Coming

Effective the beginning of 2019, our federal tax laws will be changing significantly as it relates to how spousal support gets treated.  Traditionally, spousal support has been tax-deductible.  This has taken some of the sting out of large support payments where, while a spouse ordered to pay support might have to cut a large check each month, at least they have been able to deduct it from their taxes.

The flip side has always been that the spouse receiving spousal support has had to claim that money as income on their taxes.  As a whole, this has been beneficial to the taxpayers rather than the government, because the higher earner is typically the person paying support.  That means, the higher earner, being the person most likely to pay higher taxes, has been getting the benefit of the deduction, while that tax obligation gets passed on to the lower earner, who receives support.

At first glance, this might seem to be a victory for the person receiving support, but that’s not always going to be the case. Typically, when fashioning a spousal support order in Oregon, judges take into consideration the tax impact of both parties.  That means it is likely that support amounts on average will go down to compensate for the tax implications.  The person paying support will probably be ordered to pay less to offset their new tax hit, and the person receiving support will receive less because they don’t have to pay any of it to the government.

Really, the winner here is the federal government.  They get to tax the higher earner more than they used to be able to tax the lower earner. This, unfortunately from an economic’s viewpoint, means that the family unit as a whole loses.  There is now going to be less money available to pay support than there was before, as more will be paid to the government.

This new law only impacts people whose orders are finalized after the end of 2018.  So if you have an old order, or finalize your divorce this year, the old laws will still apply to you.

Tom Brasier is an experienced divorce and custody attorney serving the greater Portland, Oregon area including Clackamas, Lake Oswego, Beaverton, Wilsonville, and SW Washington. The information in this article is not meant to replace the advice of a family law attorney, please consult with your’s for information pertaining directly to your spousal support or child support responsibilities. Tom is available at Brasier Law a family law firm by calling 1 (503) 855-4777 or by using the contact form below.