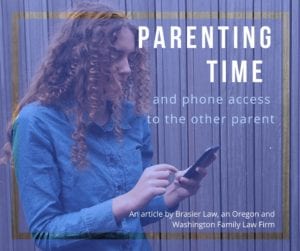 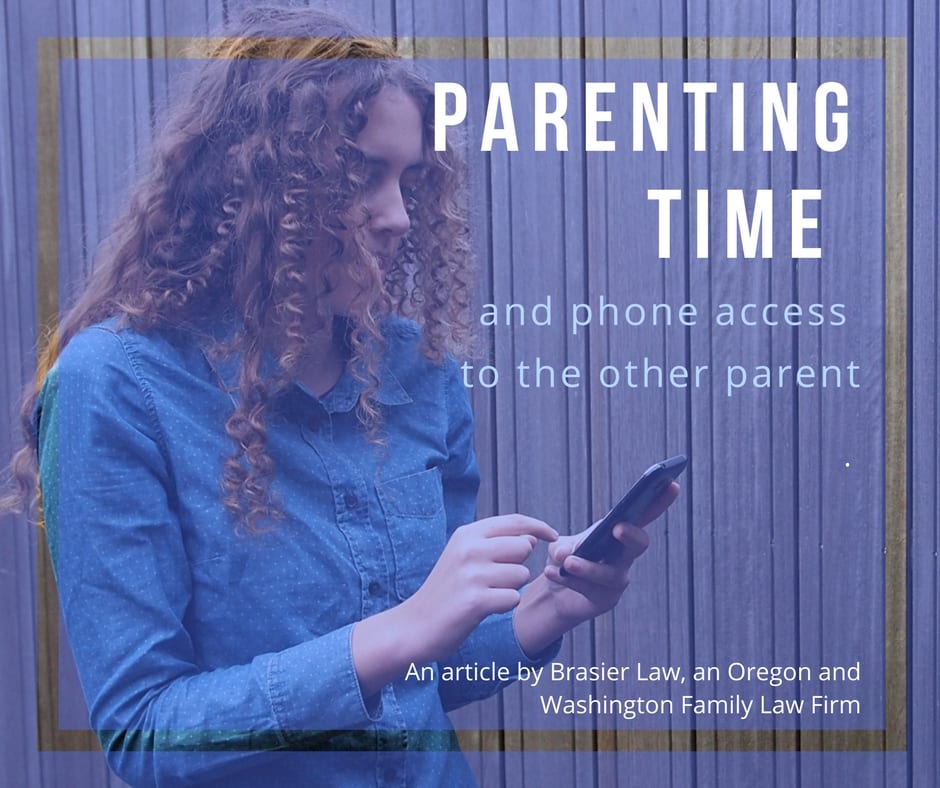 The issue often arises where parents have a dispute over how much telephone access is appropriate for the other parent to have with the kids when it is not their parenting time.  There isn’t a very easy answer to this question.  I’ll discuss here a few of the common dilemmas to try and give some guidance on how courts typically view this problem.

Common Ways Parenting Time and Telephone Access to the Other Parent Create Feelings of Imposition:

1. Non-custodial parent wanting calls daily to increase their involvement in the child’s life.

Many times, the non-custodial parent, feeling like their time is already limited, wants to maximize their involvement in their children’s lives.  They then can insist on daily telephone contact.  This can cause the custodial parent to feel like they are being imposed upon if they constantly have to make the children available for a half-hour call every day.

The reverse can happen as well, where there might be a custodial parent who feels the need to check up on a daily basis with the kids to make sure their children are doing well at the other parent’s home.  This can similarly cause feelings by the non-custodial parent like they are being supervised, and that their already limited time is being imposed upon.

3. Safety concerns create a reason to feel there is a need for a check-in.

Many times there are good reasons to ensure the children have telephone access with the other parent on a daily basis.  This can be due to a bonafide safety concern, maybe caused by drug or alcohol use by one parent.  The fact that there is a good reason though often doesn’t reduce the hurt feelings by the other parent feeling imposed upon.

4. Calling at Inappropriate Hours During the Other Parent’s Parenting Time

Another issue that arises is when one parent tries to call the children at inappropriate hours.  It can be a real problem if one parent calls the children early in the morning or late at night.  Similarly, if the children are old enough to have their own phone, one parent may feel like the other abuses the privilege by calling or texting the children too much, or while they are at school.

5. Disagreements about cellular telephone access at a young age.

Finding a solution to telephone access during non-parenting time:

All of these disputes are difficult because both sides often have very good reasons for feeling the way they do, and both sides have good points for having things their way.  Judges often resolve these disputes in the following ways.  Please know, these are by no means the rule, this is just the most common solution I have found judges to employ when faced with these situations.

1. Does one parent get to buy a phone for their children to use during the other parent’s parenting time?

First, when the non-custodial parent insists on buying a phone against the wishes of the custodial parent, judges often allow the parents to make their own decisions on their parenting time.  Meaning, if the non-custodial parent wants to buy the children a phone, the children are permitted to use it during that parent’s time, but the other parent who doesn’t want it can take the phone away during their parenting time.  Obviously, this largely defeats the purpose of such a phone purchase.  However, depending on the age of the children, judges might allow this to happen.

For instance, if it is a 13-year-old, it is commonly accepted that a phone is an appropriate thing for such a child to have, so the judge might allow the purchase and force the other parent to accept it.

2. How often are calls appropriate?

When dealing with the issue of how often calls are appropriate, judges typically specify a two or three call a week schedule, laying out specific days and times where the children need to be made available.  Other times, the judge will order something like “both parents must make the children available to speak on the phone for a reasonable duration, with reasonable frequency, and at reasonable hours.

Typically when children are old enough to have their own phones, the judges will allow the children to monitor how much they talk to the other parent and make their own decisions.  Every situation though is unique, and it always boils down to what a judge believes is in the best interests of your specific child.

Hopefully, this answered some of your questions about how parents can deal with telephone access to the other parent during their parenting time. We addressed some common ways this often creates problems as well as common ways judges tend to deal with the issue. It is also common that people are quite able to allow children to have this access and make it work well for both parents. It can be very helpful for the child to feel that both parents are involved throughout the week even during the other parent’s parenting time. When this is possible for parents to work out it very frequently has benefits for the child.

Tom Brasier is a highly experienced family law attorney licensed in both Oregon and Washington. He specializes in divorce, custody, and restraining orders. Brasier Law serves clients throughout the Portland, Oregon area and South West Washington. The content in this article is meant to help inform you but is not meant to replace an attorney. Please have a discussion with your custody lawyer about any concerns you have regarding your case. Tom is available at 1 (503) 855-4777 or by using the contact form below.