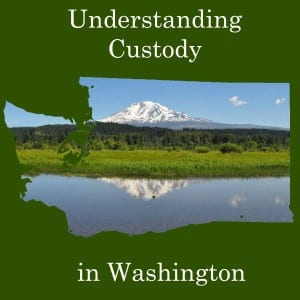 The State of Washington treats the term “custody” differently than many states.  While many states put the focus in a parenting dispute on the determination of “legal custody”, Washington puts the focus on “primary residential placement”.  In fact, what many states refer to as “custody”, being the placement of the child with a parent and the right to make decisions, Washington splits into its components as two unique decisions.

As a part of determining custody in Washington, the courts and parties are charged with determining which parent will be listed as the “primary residential parent”, and what the division of “decision making” will be.

The Residential Parent in Washington

Often times, a child, following a custody dispute will be placed in the primary care of Parent A, with a detailed parenting plan which was ordered specifying the days and times the child will spend with parent B.  While one parent is usually listed as the primary residential parent, there are circumstances where a true 50/50 split equally sharing residential placement can either be ordered by the court and/or agreed to by the parties.

If you are looking for more information about what to do if you already have a parenting plan and are now planning a move out of state the article will be helpful.

As always it is important to consult with a family law attorney to find the best solution and advice for your particular situation. Our Portland divorce attorney Tom Brasier is licensed in Oregon and Washington and can help you with the intricacies of a move between the two states.

Tom Brasier is a family law attorney in Portland, Oregon and is also practices family law in SW Washington. He specializes in divorce, custody, spousal support, and restraining orders.